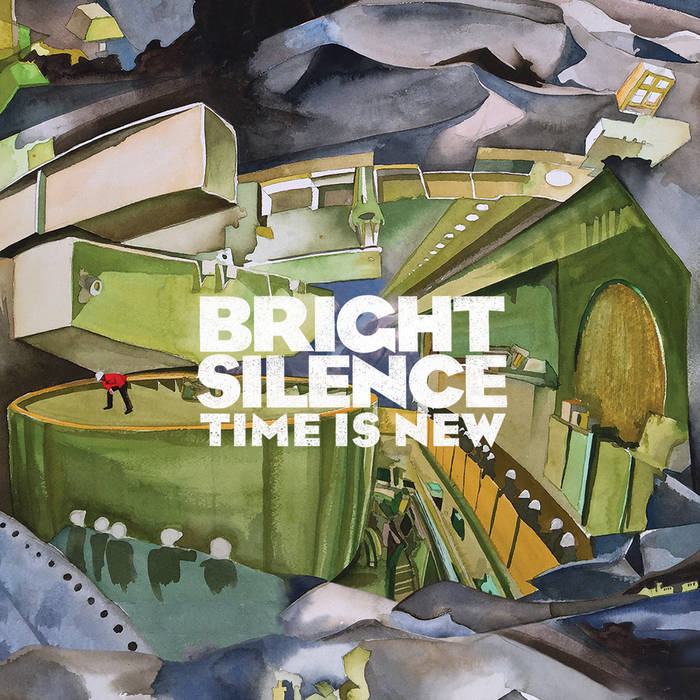 Chris Bates Got to see these guys at Denver's Underground Music Showcase, was a definite highlight of a fantastic weekend. Favorite track: Oleanna.

Michael Schroeter The best man and singer from New York!!! Mike from Germany

This sophomore release from Bright Silence bridges the gap between frontman Kevin Johnston's solo, acoustic shows and the eponymous first release's full band rock-sprawl. Like their debut, Time Is New features a choir of the supporters who made the recording possible. Jeff Buckley and Thom Yorke's melodic vocal prowess is an obvious influence here, though the modern guitar, bass, synth and drum arrangements, earnest songwriting and dense production style make for a keen listen that feels new every time.

Imeasurable thanks to Noel, Linda & Andrea Johnston. My father, mother & sister:
Without you, living this dangerous dream would simply not be possible.
Boundless love and gratitude for your continuing support!

Final thanks to all our supporters, friends & fans too numerous to list here: You know who you are.
Thank you for getting this record’s feet off the ground.

Bandcamp Daily  your guide to the world of Bandcamp